It just so happened that my boyfriend and I had to deal with our mobile and internet service providers in the same week. I had a great experience with my provider while he was horrified by his. The crucial difference between our stories? Knowing the customer and their attitude.

Anyone who knows me can tell you I cannot handle being offline, even when my phone is the only available access option. So when my 3G network suddenly dropped in the middle of an urban environment, leaving me only with EDGE data speeds, all my alarms immediately went off. As always, I posted a question for my provider on one of the social networks. They responded immediately and offered possible solutions. They also contacted me in a private message, providing my mobile phone number and asking if that was the phone number that is experiencing problems.

They seem to be very proficient in using their CRM system, so they know that it is a good idea to connect it to social networks. I was extremely impressed by their attitude as well as their overview of my data, and we were able to solve my problem (even if we couldn’t solve it so quickly, their knowledge impressed me so much that I was inclined to forgive and forget). Of course I also praised their customer relation skills on the social network where I posted my question in the first place.

When contracts are signed on parking lots

On the other hand, my boyfriend received a call from the call center of his internet service provider. He has been their customer for more than 5 years and uses their services on two addresses. They offered him a two-year benefit without altering the terms of his contract. He was pleasantly surprised by the call and the offer, but he didn’t have the time to talk to them, so he asked them to call him the next day after 5 PM.

When they called him at 11 AM (?) on the next day, they reached him during his 30 minute break, so he had the time to talk to them. Their agent seemed to be pretty invested, so instead of sending him additional information and documents to sign by mail, he suggested that he could come to my boyfriend’s workplace where he could sign an annex to the contract.

15 minutes later, a black car stops and the agent and his friend (?) come out. They don’t hand an annex to my boyfriend, but a whole new contract. They wanted him to sign a less favorable contract and commit for two years to receive the promised benefit. If they had stored their interactions with him in one place, they could have studied them and seen at least two things: my boyfriend is an extremely demanding customer who always reads everything before signing and takes a much deeper interest in things than usual, but at the same time he is one of their best customers since he: a) always pays his bills on time and b) they have been able to sell additional services (if appropriate) to him on multiple occasions. This could also have told them that there was no chance he would accept a less favorable contract, especially if it involves limiting his internet access in any way.

I‘m left wondering whether they are not using a CRM system or they don’t know how to use it. Both options are equally bad.

Customers have always been demanding, but now we are much louder

And the consequences? Not only did he reject the offer, he sent an email complaint to the provider. But this was only the start of their problems, since this is something customers have always been doing. The problem is that he will share his experience online – on forums and social networks.

While discussing the way modern buyers should be handled, we are constantly faced with a claim that buyers are more demanding today and that they have higher expectations than in the past. This simply isn’t true. Buyers were always demanding. The only difference is that internet and social networks make it a lot easier to share your bad or good experiences with the world. Companies should not only satisfy, but surpass the expectations of customers. This is a logical consequence of that fact and the fact that people have more faith in references (and criticism) by their friends, colleagues and their social network in general. This isn’t as impossible as it sounds. Friendly communication and having the necessary information about customers paired with honesty is enough to satisfy most of us. Cases in which customers demand something that cannot be reached using a combination of these factors are extremely rare.

FrodX has published lots of materials on CRMs, but still: a CRM system is just a tool and cannot provide customer service excellence by itself. Since renewing a subscription or repurchasing only requires a symbolic gesture (the possibility of both in existing customers is up to 70%) while acquiring a new customer takes a lot of work and advertising money (the success of which rates up to 20%), it is definitely worth checking your CRM system to see the purchase history of your customers, their behavior during them and view expectations for future purchases.

If you don’t use a CRM system, it is entirely possible that you disappoint your customers every day without even realizing it. If you use a CRM system without defining a CRM process, the system cannot provide data that you need to improve your customer care. Tools are great, yet they cannot do anything without supporting processes that customers can experience themselves.

By not using a CRM you may disappoint your customers every day without even realizing it. Click To Tweet

By the way – what do they post about you? 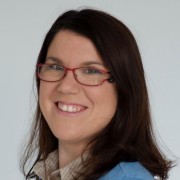 Following an extensive career in PR, she joined FrodX as a copywriter. Today, few content pieces leave the company without her approval, and she consults FrodX customers both on content, copy, and social media best practices. In her role as a chief content editor she's the protector of our customers' individual brand personalities and styles, and a part-time dictionary.