Travel always gives me a dose of reality. Just when I think I know something about life, I end up in some foreign environment, only to find out yet again that I know absolutely nothing. A few weeks ago, I headed off to Morocco, a destination that had been on my to-do list for a number of years.

In addition to realizing that Morocco isn’t just a huge desert, that mint tea is actually an improved version of green tea, and that the film crew of the legendary blockbuster Casablanca actually never set foot in Morocco, I discovered another surprising fact on this trip: the Moroccans are experts in inbound marketing.

I was indisputably convinced of this by Mohammed, who operates the riad (a sort of traditional Arab hotel) in Fez, where I stayed overnight. I’m not exaggerating when I say that Mohammed is a rock star of modern marketing. Warming up the leads, nurturing customers, promoting recommendations … This twenty-five-year-old tourism student knows all of these techniques like the back of his hand and has been using them all on a daily basis for years, even though I’m sure he does it completely subconsciously, without any special strategy or expensive business plan. As if the golden rules of inbound marketing were written in his genes.

How is it possible that his riad is fully booked for months in advance, even though there are at least five other similar hotels on the same street? Why will I, too, click a review score of 10 next to his listing on Booking.com?

1. Mohammed has a premium product and he’s proud of it

I’ve traveled quite a bit and seen many different accommodations, but this “hotel” has made it to the top of my favorites list. But not only because the rooms were cleverly outfitted with local patterns or because breakfast featured the most typical sweet Moroccan breads. The riad made it to the top of my list primarily because it reflected the character of its manager. Just think about it: when was the last time you memorized the name and face of the receptionist of a hotel you stayed at for only two nights?

When Mohammed realized that many of his guests often got lost on the way to his hotel in the narrow, complicated streets of the medina quarter, he recorded an amusing video that serves as a handy guide to the city medina. This helps settle the nerves of many guests who are afraid of getting lost in the maze-like and occasionally dangerous little streets (believe me, their fear is more than justified), while saving himself quite a few phone calls and a lot of searching for missing guests. And how do I know all of this? In addition to Arabic, Mohammed has also learned English, French, and Spanish. Why? “Because I wanted to understand my guests.”

3. Mohammed spends most of his day chatting with guests

Having his morning tea or taking an evening stroll to a local vantage point together with his guests, Mohammed constantly chats with them, listens to them, and offers them useful advice. Which route to take to the nearest city or where to find the best tagine—these are questions that Mohammed is always more than happy to answer and that build up trust among his clients from one day to the next. He’s well aware that nurturing current customers is at least as important as winning new ones, and so he considers any chats of this type as time well invested. When he sends his guests to his cousin at the end of the street to get the best argan oil in town, they will most likely listen to him even though they know full well that this involves a mutual favor. That’s because they’ll no longer see him as an annoying Moroccan who’s trying to sell them something at any cost, but as Mohammed, their friend.

4. Mohammed is aware of the importance of a good recommendation

If I didn’t come from the same line of business, I most likely wouldn’t have consciously noticed how, when saying goodbye and extending his best wishes to me along the lines of “Stay safe!” and “As-salāmu ʿalaykum,” Mohammed used an exceptionally subtle and non-intrusive way to mention that he’d be very pleased to read a word or two on Booking.com about how satisfied I was with my stay. Considering that I had found his hotel precisely through these recommendations, my decision was more than obvious.

I don’t want to drone on about using common sense again, but …

I imagine Mohammed does his job the way he does because his father, grandfather, and others did the same before him and especially because all of those years of experience have provided him with a good picture of what makes his clients happy and what doesn’t. He’s almost definitely never heard of the expression inbound marketing, which, to be completely honest, seems redundant even to me.

It may as well be referred to as common sense or, even better, kindness and empathy. The fact is that if we want to get close to someone, grow on them, and ultimately sell them a product, we need to establish a friendly and understanding relationship with them. This seems completely self-evident to Mohammed but, if you insist, we can of course (for the sake of credibility) also use a fancy expression like inbound marketing for it. 😉

P. S. Not everyone has the golden rules of good marketing written in their genes, and so we can also use the customer lifecycle marketing planner to determine what we actually expect and want before creating a strategy. 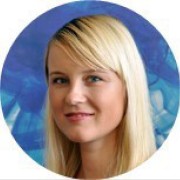 Hojka deals with stories at FrodX. As an anthropologist and a content expert, she maintains a comprehensive overview of the stories that our clients tell their customers, and works out how to position each detail in the right place at the right moment. By observing and monitoring the clients’ way of thinking, she finds inspiration to strategically create the main plot - and also the intriguing subplots - all in the spirit of creating successful and effective storytelling.