Over the past few weeks, I’ve been noticing that, every time I get in my car, my cell phone reports my destination, along with the expected time of arrival and the density of traffic on the way. I didn’t really pay much attention to it until I realized that the destination pops up even when I haven’t entered it in my calendar or anywhere else. With the cloud systems it’s linked to, my cell phone can predict where I’m travelling to at a specific time! And because it wants to be nice, it also offers me some addition useful information to make my travel more convenient. I haven’t decided yet if that’s great or scary.

If you can capture and analyze large quantities of data, you can detect specific patterns of behavior.

I started wondering and investigating how my cell phone can know where I’m heading at a given moment, even if I haven’t entered that information anywhere. I soon found out that it makes predictions based on my past travel or behavior patterns. The computer to which my cell phone sends data on my movement predicts the destination that I most often travel to at similar times of the day from the location where the notification pops up. Apparently, my life is so routine and predictable and the patterns I leave behind are so reliable that the computer knows exactly when I’m going somewhere, either because of my routine behavior or the things I put on my calendar.

My phone knows that I play golf Thursdays at 4 pm. So it automatically sends me there. Scary? Click To Tweet

If I had to decide whether that’s great or scary, I’d say that for now it’s still great. By taking a single glance at my cell phone I can see when I’m going to arrive at my destination and how heavy the traffic is on the way there—because the speed is being communicated by the cell phones of all the users that are travelling that same route.

Before, I had to open Google Maps and enter my destination in order to get info on the time of arrival and the traffic jams. For someone who’s always late, info on how late he’s going to be and where the traffic jams are is extremely important because he can use it to apologize to all those who are waiting for him. 😉 It’s great if from now on I don’t have to do a single thing in order to get this info.

Well, while I was thinking about how even just a month ago I was using the Google traffic services and how I no longer have to type on the phone and enter the address while driving, and how good this new solution is for me and other road users who no longer have to type in the addresses, I came to the conclusion that this may only be leading me to the point where I’ll also give gradual consent for my behavior patterns to be used for someone else’s benefit, not just my own.

Is the Amazon Dash Button just a cover-up for something that’s not socially acceptable yet?

If my rides are repeatable to the point that they become predictable, certain predictable patterns can most likely also be derived from my daily purchases—probably even more easily. I imagine the moment is not far away when there’ll be a cart waiting for me at Mercator with an integrated tablet that will recognize me and show me my shopping list, which for the time being my wife still emails me every time I go to the store. Alongside my typical shopping cart, the tablet will also suggest products that I’m statistically most likely to grab and add to those that make up my typical purchase. If nothing else, such a shopping list will seem great to me because the items on it will be listed in the logical order of my route through the store. My wife only writes down what we need on the list, but not where to find it in the store. Another advantage for me!

In a physical store this will probably remain difficult to accomplish for another few years, but it seems that progressive online merchants are actually already doing something similar, but in a “soft” way. I’m starting to believe more and more that in the long run Amazon doesn’t really need its Dash Button at all. It’s probably more of a cover-up for making people feel that they are deciding or communicating their needs on their own, even though Amazon is probably pretty good at predicting them and could prompt people to confirm an order at its own initiative. If it doesn’t make too many mistakes, we’ll probably grow to like it eventually. Convenient and inexpensive easily beats privacy concerns. Instantly. Always.

Technology is slowly but surely winning the battle for customers.

I could present lots of other examples and similar practices, but they all have one thing in common: technology has started to change the approaches established in the physical world. It’s winning the battle against the physical world incredibly quickly, taking advantage of our big weakness: human laziness and desire for convenience. The companies that are aware of this are introducing innovations to their sales strategies and customer service by investing in technology and new approaches that gradually erase the borders between the physical and digital worlds. Other companies only watch from the sidelines and pretend that nothing’s going on or, even worse, they really don’t see anything at all. We can help you win their customers.

P.S. Do you need some more ideas about how technology can help you raise your sales, marketing, and customer service to a completely new level?

We’ve written an interesting manual about this and I guarantee you won’t get bored reading it. Don’t put it off another day! Whoever learns something new first can exploit its advantages longer.

THE FALL OF CRM AND THE RISE OF SMART SALES TOOLS 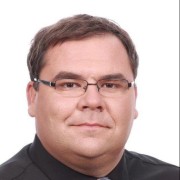