Immediately after the New Year the Japanese insurance company Fukoku Mutual Life Insurance announced that it would soon replace thirty-four of its employees with IBM Watson.

Artificial intelligence is becoming ever more useful and, as such, is encroaching on increasingly more areas of operation. We can no longer ignore it, even if we want to, but the truth is we actually don’t want to. Who would prefer a medical diagnosis with 50% accuracy over a diagnosis with 90% accuracy that can be provided by an artificial intelligence system? Certainly not me.

The current artificial intelligence solutions can already manage specialist areas that comprise an enormous quantity of data better than humans. These areas range from insurance, banking, and law to medicine, not to mention professions that are considerably more routine-oriented and less complicated, such as logistics and transport, call centers, and the like. The tasks that computers can perform better than people currently depend on the data they can learn from (much faster than people); moreover, this data has to be standardized and repetitive.

My personal opinion is that computers will soon be able to also perform intellectually more complex tasks; ones in which they will no longer have to specialize in only one area, but will be able to combine knowledge from several areas, which is also the main difference and advantage that people currently have over artificial intelligence.

Slovenia may still seem to be far away from all that. We still lag too much behind the most developed countries (with Japan being pretty far ahead anyway) for computers to threaten our jobs.

It’s definitely hard to define the exact moment an innovation brings about real consequences. Kodak is a good example of this. In 1996, it was the fifth most valuable corporation in the world. Although innovations in capturing and saving photos and documents had begun more than twenty years before that, Kodak continued to increase its revenues all the way up to 1996. Even the fact that the digital camera was actually invented by one of its very own engineers back in 1975 didn’t help it perceive the threat. Because it failed to recognize the exact moment when digital data capture and storage outpaced photographic film in terms of technology and usage, it ended up on the verge of bankruptcy only three years after reaching its heyday.

Innovations: a cause for concern or a unique opportunity?

As mentioned above, innovations and related changes have basically been everyday news for decades or even centuries. They have always also brought negative consequences along, including job losses (just think about the times when machinery was introduced into farming, industry, and other activities), but at the same time, they also provided new opportunities.

If you want to take advantage of these opportunities, you have to detect the changes at the right time, prepare for them, and adapt to them. This requires more strategic thinking on your part and more planning for changes. More product management and adapting your offer to the market. Introducing new technologies, methodologies, and approaches in different processes. And you need to do all this more efficiently.

So even if you have to say goodbye to your work as you know it today because some smart computer will take it over, prepare yourselves for that and accept the changes as an opportunity. Start thinking about what these changes will bring and where new opportunities will appear, and take advantage of them. If you don’t know how let me know. We have plenty ideas. 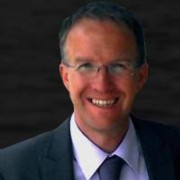 Miha is a partner at FrodX where he consults and lectures based on his experience with marketing automation systems and integrations with CMS and CRM tools. Before joining FrodX he was a project manager at IUS-SOFTWARE, d. o. o., where he was among other things in charge of one of its most important services - IUS-INFO. He set up all sales processes and sales team on the Slovenian as well as on the Croatian market for it.