It was sometime in mid-May that I started to realize it was high time I bought summer shoes for my two-year-old. My buying process started off with a bunch of questions regarding what kind of shoes should I get him. Open-toed or closed sandals? Which sandals had soft soles suitable for my little boy’s flat feet? What kind of shoes would survive hanging out with grandpa, who brings my son home happy, but completely covered in mud, saying: “He had a blast watering the garden.” I searched for answers online, in a mommies’ group on Facebook, with online retailers, and so on. In a period of about ten days I looked at a number of shoes, responded to retailers’ remarketing ads, and then . . . bought the shoes at a brick-and-mortar store.

Nothing unusual, except that I’m not in their statistics

My buying process was nothing unusual. Already back in 2011 Google was claiming that the buyer seeks out eight to ten sources of information, among which online information predominates. Six years later, I’m sure that the statistics are even more on the side of the Internet, but that doesn’t mean online sales have gone up significantly over this time. According to the e-commerce sales report published last year by the US Census Bureau, e-commerce sales accounted for 8.5% of total retail sales. This means that Americans still make more than 90% of their purchases in brick-and-mortar stores. The buying behavior described can be defined as the ROPO (Research Online, Purchase Offline) model or trend.

In most cases online research actually ends with a purchase in a local store. Click To Tweet

But digital content creators, including digital marketers, would perceive my behavior as a failure. My purchase is not recorded in the digital marketing statistics, because I didn’t complete it online, even though I came in contact with the ads. My presence in online stores was recorded under the percentage of decrease in conversion rate that we often look at sadly during digital campaign analyses, wondering why and how we can reduce it. In reality, digital content influenced 90% of my decision and only the remaining 10% depended on whether the shoes were the right fit for my kid. Pure success on the part of digital content creators, which, however, can’t be proved. Or can it be?

Google can do it

According to forecasts, approximately a third of the total advertising expenditure this year will be allocated to internet advertising. Google’s revenue is the largest in this respect, because it’s going to attract approximately half of this money. Growth in digital advertising is also predicted for the next few years, although it will be smaller each year. There are several reasons for this, including the statistics on the ROPO effect mentioned above. Google has shown a clear interest in proving that internet advertising is worth the money, even though analyses don’t show that because of the offline purchases.

To this end, it launched a new tool at the end of May to measure how much money website visitors that click on the ads spend in the advertiser’s brick-and-mortar stores. This new Google tool will look for matches between the digital ad clicks made by website visitors that are logged into Google services at the time of making the click and their purchases recorded on credit and debit cards. Google is believed to have access to approximately 70% of credit and debit card transactions made in the US through its partnerships with companies that track this data. With its new tool, Google will automatically inform advertisers of when their digital ads pay off in the form of purchases in local stores.

For or against Google?

I welcome these kinds of initiatives myself because I believe marketing should be directed by sales or by the results of its activities for the sales department.

But it’s clear that what Google is doing is opening a series of questions about the protection of Google users’ data. Google claims to protect their user privacy because this tool only sends information on aggregated and anonymized sales activities to the advertiser. I think this isn’t as simple as Google is trying to present and I could go on about this for a while, but this is not the purpose of this post.

How to adapt marketing and sales to the ROPO behavior?

Even though more than 90% of purchases are made in the physical world, around 80% of the buying decision takes place online. This means that a prudent marketing strategy focuses on creating web content that follows all the development stages of the customer relationship. At the same time, we need to predict how this strategy will connect marketing activities to sales activities that end with a purchase in the physical world. An example of a digital campaign that connects marketing and sales activities and follows the ROPO behavior of buyers is presented in the figure below.

It’s a campaign that was designed for a product intended for consumers, but a similar concept can also be used for the B2B segment. Marketing would take the same action, sales would get in touch with prospects at business meetings rather than in business units and complete the sales process, and customer support would probably be provided by the sales department itself or a special customer support department rather than the call center.

The campaign’s effect can also be measured without a Google tool.

The campaign was designed to track customers from the first moment of contact to the moment when they visit the brick-and-mortar store. Because every activity performed with the prospect is recorded, we can identify each stage from lead to buyer without having to need access to the buyer’s credit card transaction data. But I have to admit that, just like Google can only measure 70% of transactions, we also don’t have the entire picture because some buyers follow their own path and may skip an activity or two in the buying process, where we can lose them.

The answer is to adapt campaigns to buyers that end up going to a brick-and-mortar store. Click To Tweet

I nonetheless think that only for the sake of campaign measurability and better targeting and segmenting, it wouldn’t be wise in the future to make the purchase so complicated for the buyers that when buying a product at a brick-and-mortar store they would have to somehow show where the campaign reached them first, how many times they made contact with various types of digital content, or what (which ad) was the deciding factor that finally made them purchase the product. But we can already better target and segment prospects based on the digital footprints of those buyers that we’ve tracked from their lead stage to the final purchase. If we look for similar prospects among those that haven’t made the purchase yet, we can estimate which prospects would it be wise to approach additionally in order to push them towards making the purchase. Of course, this only works if the campaign is appropriately designed and supported by marketing automation and customer relationship management tools. 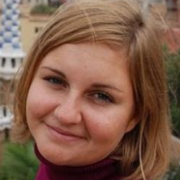 As a success coach at FrodX, Darja leads our clients as well as the FrodX team from the initial idea to the first campaign, after which she makes sure all project activities run as optimally as possible. She acquired extensive experience at Povej Šefu, where she was involved in all business processes. She handled the content and also made sure the sales process ran smoothly, which is why her project management produces outstanding results.

“We don’t need marketing. We only get new customers through customer recommendations.”