Surely you didn’t think that here at the FrodX blog we’d ignore the toy that’s taken over the world in just a few months? Last year we were hunting Pokémons, but today, with its successor in my hands, I’m spinning the marvel that’s spread through schools, playgrounds, and offices faster than any childhood epidemic.

Nobody had ever heard of them, and suddenly they were everywhere. Children were spinning them on their fingers, teachers were going berserk, Facebook and Twitter lit up, and the stores were already sold out. The fidget spinner became an overnight sensation and the latest trend, which got its greatest “spin” from being viral. It also surprised the main market actors, like the craze for Rainbow Loom bracelets three years ago. Experts think it’s the first toy to explode out of nowhere exclusively through social media.

The spinner was invented more than twenty years ago, but it popped up again at the end of 2016, trending for Christmas on Reddit. Forbes advertised it in December as the must-have stress-relief office toy for 2017, and it spread like a flash all around the world by April, with videos and publications by enthusiastic vloggers. In the past, toys used to catch on first in the United States, then the UK, and then finally continental Europe. This time the spinners grabbed all the media-connected children (and “big kids” too) at the same time. This exceptional growth means the novelty will probably be pretty short-lived. When school starts again in September, there will surely be a new favorite toy, to teachers’ great relief. Paradoxically the toy, which was supposed to make it easier for children to concentrate, was rapidly banned in some schools because it was distracting.

The toy that didn’t earn a cent for its inventor

A fidget spinner is a small, balanced object with a bearing in the center that allows it to be spun relatively quickly between the fingers. It was invented in 1993 by Catherine Hettinger to entertain her seven-year-old daughter, who she was unable to play with because of a muscular disorder. She patented her invention in 1997 and could have been obscenely rich today. However, things didn’t go according to her expectations. Hasbro and the other toy producers she offered the design to rejected it, and the inventor didn’t extend the patent because she couldn’t afford to. Hasbro is selling the spinner now, almost twenty years after turning its back on the idea following unpersuasive consumer testing.

Chinese producers are said to have shipped 200 million spinners around the world by mid-May. Estimates show that they may have brought $500 million to the market. The prices are slowly rising. Market demand for bearings is enormous; from an original price of €0.60, the purchase price has risen to €1.50. An interesting feature is that no brand is selling spinners under its own name. If you’d like to try one out before buying it, type the word “spinner” into Google. It’s also available as an app. 😉

Sometimes it’s hard to understand consumer trends. Why would a product that isn’t an essential need achieve such exceptional success? A purchase always expresses a need. First people meet their basic needs (physiological), but later also psychological needs, such as respect, esteem, or belonging. Marketing actually manipulates the way we respond to these needs. Our desires represent the way we can meet our needs.

It’s much more successful to plan a product that inspires virality on its own than to plan viral marketing. Click To Tweet

Experience with this object, which is relatively easy to master, gives a sense of satisfaction and is a bit addictive. The fact that it’s everywhere inspires curiosity on the one hand and rejection on the other. The variety of colors and shapes also turns the object into a collectible.

The fact is that the more we talk about spinners the more information about them spreads and the more people want to imitate others. The internet, or social media networks, are definitely the best place for satisfying curiosity, by accelerating shared user experiences. The top of these, of course, is YouTube (over 9 million videos) and its star vloggers. The basis for all of this is viral marketing.

How viral trends catch on across the internet

Spinners are currently the best example of a viral product and how a company can exploit its virality to engage customers. Why does viral marketing work? If we knew how to see the signs that our product might become trendy early on, using a viral marketing strategy among our target audience would be the ideal strategy. The internet works faster than any other medium because we aren’t just observers but also participants.

Once someone has been exposed to an idea and has reacted to it, one way or another it will spread. The more people are exposed to this idea, the greater the chance that they will react to it and share it with others. When this repeats itself, it becomes a viral loop. Thus early adopters, who account for a large part of promotion with recommendations to friends and acquaintances, who share these recommendations with others, and who help expand the viral loop, are responsible for market penetration. The process doesn’t work if the idea doesn’t spark reactions among the people exposed to it and also persuade those who were initially skeptical.

Seth Godin, the actual inventor of viral marketing, says that viral marketing isn’t just adding a “share” button for Twitter or Facebook at the end of a blog. What’s viral is an idea that spreads like wildfire. Most companies make the mistake of planning to use viral marketing for their products rather than designing their products so that they’ll encourage virality on their own.

What are the reasons for the spinner’s ability to arouse both positive and negative reactions and encourage the idea to spread? A combination of the following factors contributed to its popularization:

How to run a viral cycle

Think about what would encourage you as a customer to show your product to others. What’s the most important thing you like about the product? First, you have to determine a target group and how to best pique their interest in the product. If we focus on these points, we can precisely direct our efforts toward creating trust and raising our brand profile in the target population. Even though every marketing specialist dreams of a successful viral campaign, success is never a sure thing.

Entrepreneurs actually have two choices. They can either create a potentially trendy product or take over an already-growing trend that they see as an opportunity. What do potential customers do when they first learn of an interesting product? They use a search engine. Thus, Google can very precisely answer the question of what’s currently trending. Learn about the product and evaluate how much longer this trend is likely to last. The sooner you get into it, the more likely you are to succeed.

In the case of spinners, many sellers exploited the hype and flooded the market with various products, some of them even more expensive than the original. A lot of vendors added them to their ranges here in Slovenia, too. But did they respond too late? No one can predict how long they’ll still sell, but for such a big craze it’s worth a shot.

Entrepreneurial ideas and ingenuity are unfortunately in short supply. They’d like to create their own viral loops with visual content that attracts customers in order to reach a wider group of new buyers. Dreams, fears, or humor are things that need to be studied to create an emotional connection with the public. This always works if it’s done well. How many videos about spinners are available in Slovenian? I haven’t found any worth mentioning. But it’s even more important that the information reaches the public it’s intended for, so that they can further share it.

Success doesn’t (always) depend on your budget

In the past year, two viral campaigns were especially successful. The first was created by an Apple ad for Apple Music featuring Taylor Swift. The YouTube video got 19 million views. The second was connected to the movie Ghostbusters. Sony Pictures created two Snapchat filters that used both cameras on a smartphone. The goal was of course to engage young people who hadn’t seen the first film from the 1980s. The campaign went viral because it was creative and also the first one that made effective use of technology to create a unique experience.

We must never forget that viral marketing is a phenomenon that works because it gives individuals power. Good viral campaigns don’t always depend on good marketing directors, huge budgets, and support from celebrities. It’s the most basic form of advertising when customers sell to each other. The spinner is outstanding proof that it works. 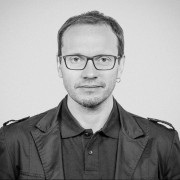 Tomaž is a marketing success coach with extensive experience in the field of public relations and marketing activity support in international B2B and B2C companies. In his work at FrodX, he focuses on improving sales techniques and contents that lead to customers’ increased sales effectiveness and strengthen their relationship with buyers.